I teased you guys with images of my DDCT-02 pump top design when I created the Open Cooling Initiative page about a year ago and not much has happened with it since then. I've come to the realization that there's little point in me continuing to withhold the design as it's unlikely that I'm going to venture back into manufacturing cooling parts. It's time for me to let go. 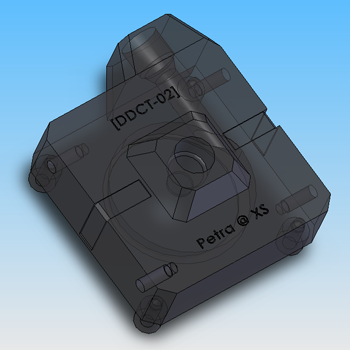 You can click the Open Cooling Initiative link at the top of this page to download the SolidWorks 2006 part file.

Update: At the request of a member of XtremeSystems, a .STEP version of the DDCT-02 has been added to the OCI page.
Posted by Alex at 2:15 PM No comments: 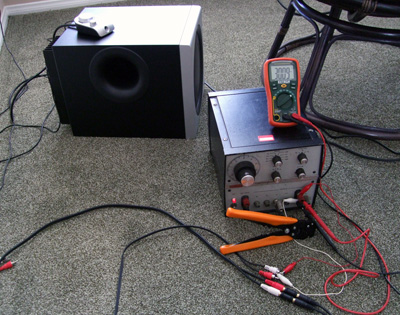 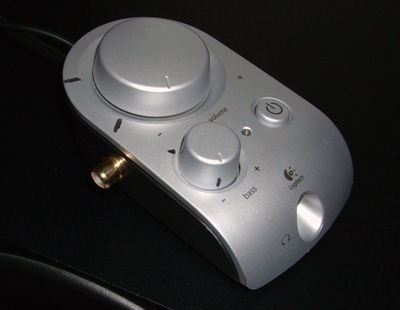 The finished product, ready to be connected to the AVR's subwoofer pre-out.  Do keep in mind, though, that the Z-2300's satellite speakers should not be plugged back into the system at this point and the system's mini-jack input should be insulated to prevent shorts (I just stuck some heatshrink over the end) and tucked away someplace safe.  Could you remove the mini-jack input tail entirely?  Of course, but I decided against it to reduce the amount of work required to reverse the modification.
Posted by Alex at 2:37 PM 6 comments:

First up, I'd like to apologize to all of the [five] people who read this blog for not getting those CES galleries uploaded back in February... The downtime I was expecting never happened and, instead, I ended up with a house to deal with.

With that said, I have a small audio project coming up that I'll be posting to the blog as a how-to/DIY investigation.  I'm doing another living room entertainment system upgrade and have a Panasonic TC-P50ST30, Denon AVR-891, and two Polk Audio Monitor60 Series II speakers on the way.  The plan is to have the AVR-891 handle all of the A/V switching, processing, and scaling: all analog and digital video sources will be upscaled to 1080p for transmission over a single HDMI cable from the AVR to the PDP (unless they already are 1080p signals, in which case the AVR will process the audio and function as a simple video pass-through), all surround sound audio (be it Dolby 5.1 or whatnot) will be downmixed to a standard 2.1 signal, and all input management will [finally] be accomplished via remote.

So, where's the project here?  Well, seeing as how I'm somewhat cheap, the project will be modifying a spare set of Logitech Z-2300 THX 2.1 speakers to interface with the AVR-891's subwoofer pre-out and compliment the Polk Audio Monitor60s' lack of low frequency oomph.  From what I can tell thus far, I should be able to bypass the Z-2300's left/right mini-jack input and feed the AVR's sub pre-out directly into the audio circuit just before the subwoofer's volume control knob, but just after the part of the circuit where the left and right channels are combined to create a monaural signal for the sub.  This approach will bypass the main logarithmic volume knob and the TDA7296 power amplifiers that drive the satellites, but I have yet to pull everything apart and determine if it would also bypass the unit's crossover filter (which would be preferred, since the AVR-891 has a software configurable crossover for its sub pre-out).  Bypassing the crossover in the Z-2300's subwoofer would make sure that I don't run into any issues when experimenting with the AVR-891's automatic equalizer feature (which uses a tethered microphone to adjust EQ values to match a room's acoustic characteristics and the characteristics of all connected speakers).

Email ThisBlogThis!Share to TwitterShare to FacebookShare to Pinterest
Labels: news

Yeah, CES was last month... and I forgot to add the wrap-up video to the blog, despite having posted it to YouTube a while ago.  Anyway, here's the video in case you missed it and I'll work on trickling photos onto the web during some downtime I should have within the next few weeks.

That's right, I'm in Las Vegas for CES for the third year running... This time, however, I'll actually be taking photos, shooting video, and uploading it for your guys!