That's right, I've decided to give ATi another go--I really hope that I don't end up disappointed (though, with as cheap as these cards are, I'm not sure that I could be).

I was reading through some reviews last week and decided that picking up a couple HD4850 cards (about $160 each after rebates from the Egg) would be a pretty good replacement for my aging 8800GTX... so I placed my order and waited patiently.  The cards arrived yesterday (hopefully I'll have a chance to mess around with them a bit today) and I figured that I may as well post some teaser pics and complain about Asus' Apple-esque use of packaging.  On with the pics! 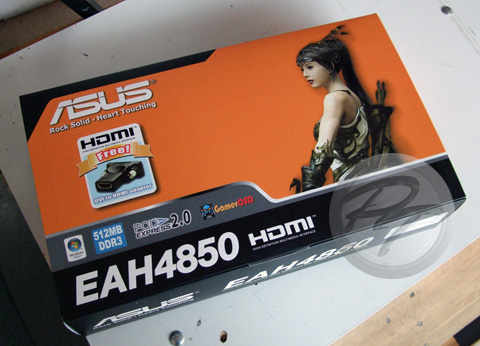 And what do we have here?  ...black, orange, and a CG Asian combat-chick all wrapped around a 16" x 9.5" x 3.5" 3lb. box of pixel crunching goodness!  I'm not sure what's with the CG chick/alien/wizard/space ship/whatever obsession that a lot of these companies seem to have, but at least Asus was a little more subtle about it this time around than some companies *cough*Gigabyte, Sapphire, and MSI*/cough* 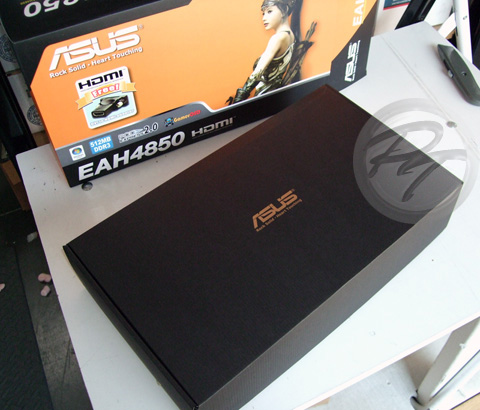 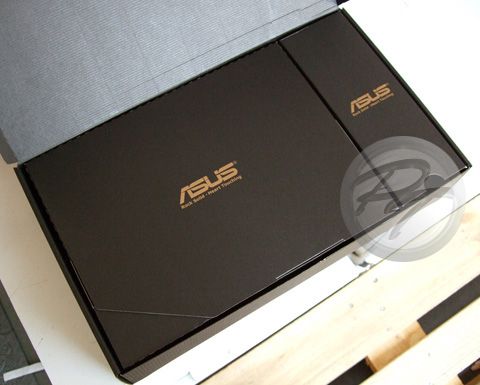 Oh, would you look at that... more Asus branded black boxes.  I sense a trend forming here. 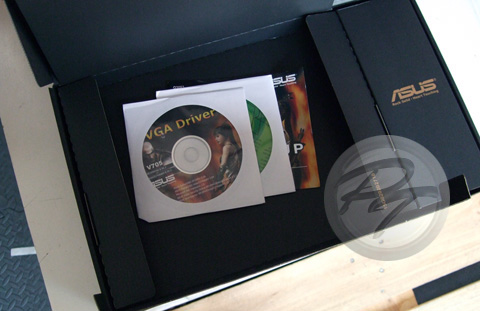 That's it?  Two CDs and a tiny little booklet?  I'm starting to think that the guys over at Asus spent all of their money on packaging and probably only had enough left over to manufacture video cards out of paper-macheé and candy corn. 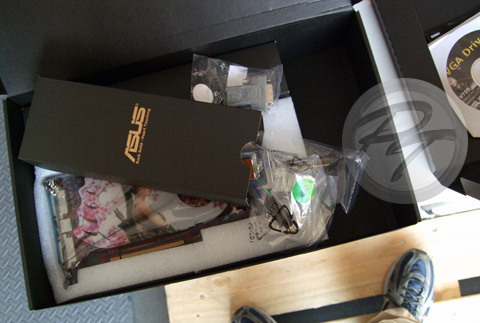 Uh, couldn't these parts fit into that other box...? 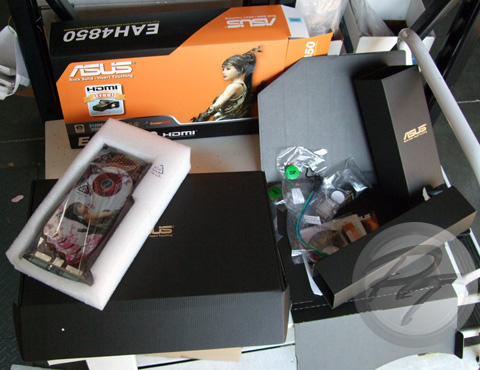 I understand Asus' desire to put forth a 'high-end' image but, seriously, this is a video card--put the money toward better components or something.

...and there's that Asus CG Asian combat-chick again surrounded by... are those cherry blossoms?  In Taiwan? 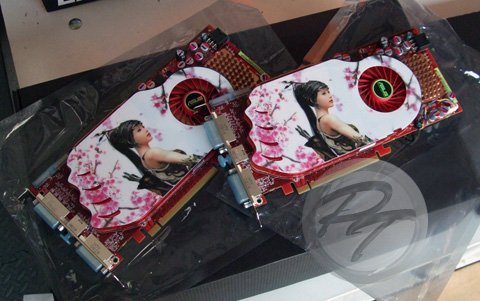 Twins!  Or, perhaps, clones?  Either way, they better play nice together and not pester my crotchety, old P5B.