From time to time, I start various R&D projects for myself with the intent being to keep my problem solving and information acquisition skills sharp. Sometimes these projects evolve into fully realized products set for production (like the DDC pump tops) but they mostly end up getting shelved for one reason or another, like the one shown here. For those not familiar with extreme overclocking and benchmarking, substances like liquid nitrogen and dry ice are frequently used to plunge a CPU's or GPU's operating temperature deep into the sub-zero range to allow for stable operation at very, very high frequencies. A CPU "pot" is a metal device (typically copper and/or aluminum) that is attached to the microprocessor to act as a heatsink, of sorts, that a dry ice/alcohol slurry or liquid nitrogen is poured into. Total forum thread views: 643 (as of 4/29/2010). As a side note, all images have been re-sized via HTML, rather than my usual two image (preview & full image via link) approach, to speed along the archiving process. You can still right-click on the images and view them at full-size in a new tab/window. Also note that all vBulletin emoticons and their associated code have been removed from the archive entry.

Hey everyone... I've been thinking of making an LN2/DI pot for a while, so I decided to draw some stuff up in Solidworks this evening and I'd like to know what you guys think. 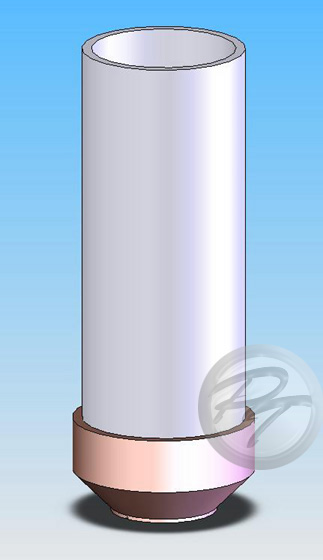 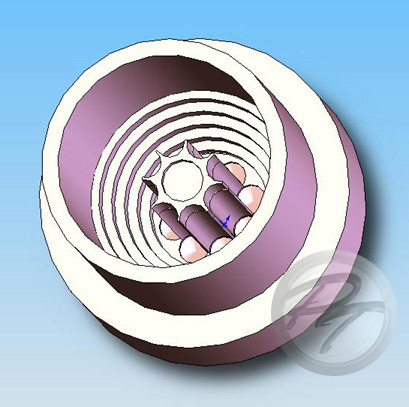 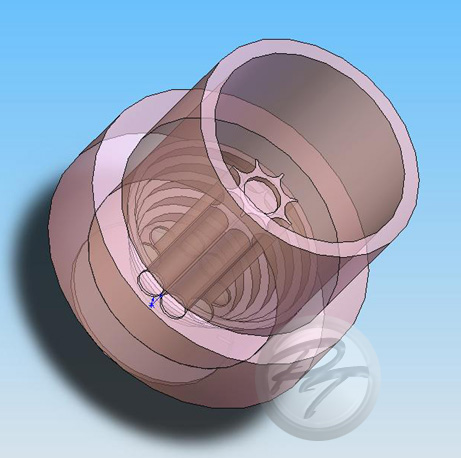 The C110 portion of the pot would start out as a 96mm x 100mm cylinder that, once machined, would have a 20mm thick base and 5mm thick upper walls. Fitted to the upper walls would be a 5mm thick, 200mm long T6061 extension. The internals would consist of a stepped design with a "star" column in the center and drilled dimples surrounding it.

Now, I'm somewhat unsure about that base thickness... thinking that 20mm may be a little too thick. Granted, it may buy some time if the pot weren't being very closely monitored but it may also cause problems if things get too cold, no? As for attaching the aluminum tube, I was kinda thinking of freezing the base, heating tube and fitting them together with a press or something.

Anyway, thoughts/suggestions/comments would be appreciated.