I know that PQA has been absent for a while... but for good reason: I've been working on putting my CPU waterblock test system back together! Below is a quick video tour of the system and here's the conversation in XS.


A quick photo of the test system... 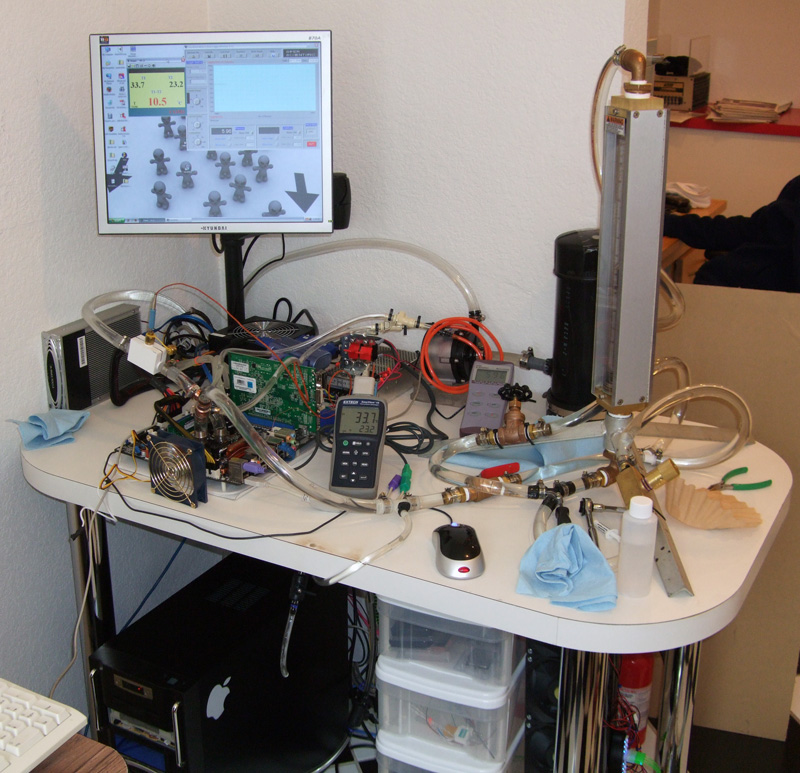 Here's what's on that table covered in stuff:

- Omega FL-1504A-B flowmeter
- Sper Scientific 840081 manometer
- Extech EA15 data logging thermometer
- Volt-modded Asus P5K Deluxe
- Instrumented Intel E6400 (details on the process can be found in an early test run that I did with some heatsinks back in 2008 here...I've learned even more since then and have some new tricks up my sleeve)
- Iwaki RD-30 pump
- HW Labs BlackIce GTX480 radiator
- (8) Delta EFB1212HHF fans
...and some other junk you probably don't care about.

Anyway, this is going to be the first time I've released waterblock (cold plate) data to the public... I'll be whipping up my usual battery of pressure drop curves, deltaT (and, perhaps, thermal resistance) curves, as well as maybe gauging overall performance as a function of thermal resistance vs. pressure drop.
Posted by Alex at 8:20 PM